November 22, 2014 By kelsimellor in Life, PC Construction Leave a comment

Fun times going on at the future home of Mellor Ranch in Park City.  John thinks the best part about building a new house is tearing down the old one, and it’s hard not to agree with him when you watch it happen.

We donated as many pieces of the old house as people would take (appliances, doors, toilets, floors, etc), and then we let the Park City Fire Department do search & rescue drills in the house for a week before we tore it down.  They didn’t actually burn the house, but they filled it with smoke and hid dummies inside that the firemen had to find and extract via windows they broke out on the 2nd floor.  Pretty cool stuff.  Then, John and Charlotte had their fun poking at the house with John’s little tractor on a sunny Saturday before the real demolition happened.

When the cavalry showed up to actually demolish the house, it was crazy how quickly it came down.  The 55,000 pound trackhoe (John gave me that detail) tore through the house like it was made of cardboard.  It took only a few hours to tear the whole thing down, and then it took almost a week to haul away a couple dozen dumpsters full of the rubble.

This is probably the flashiest part of the entire building process which will take the next 12-14 months.  I’m sure we’ll have many more posts here that update the process (sorry ’bout that), but they won’t be nearly as action-packed as this one.  We’re super excited to get going on Mellor Ranch, and hope we have many, many visitors.  After all, we’re only 10 minutes away from the largest ski resort in North American – we can now thank Vail Resorts for that 😉 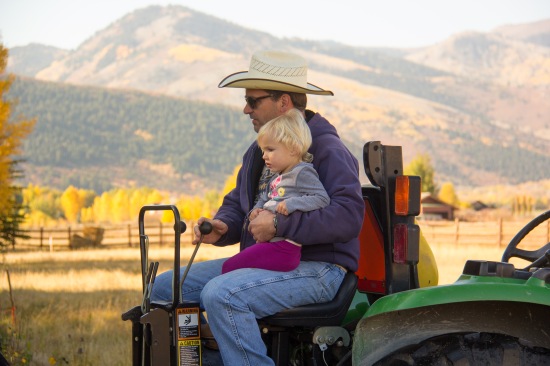 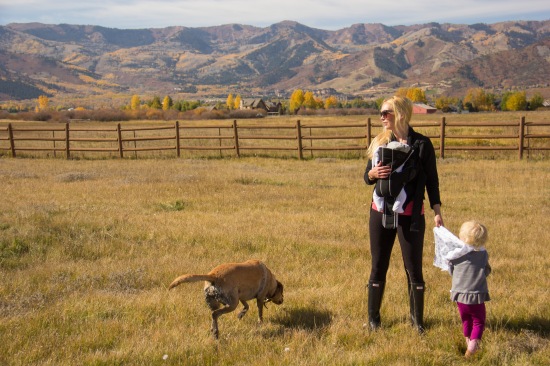 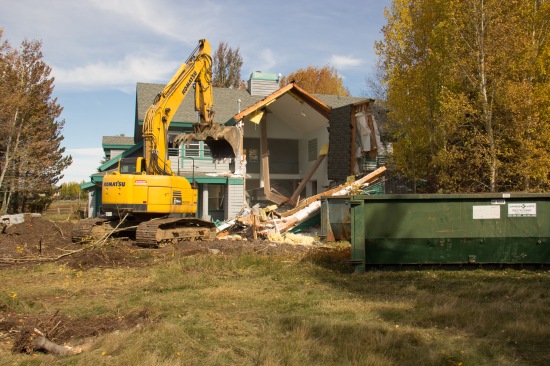